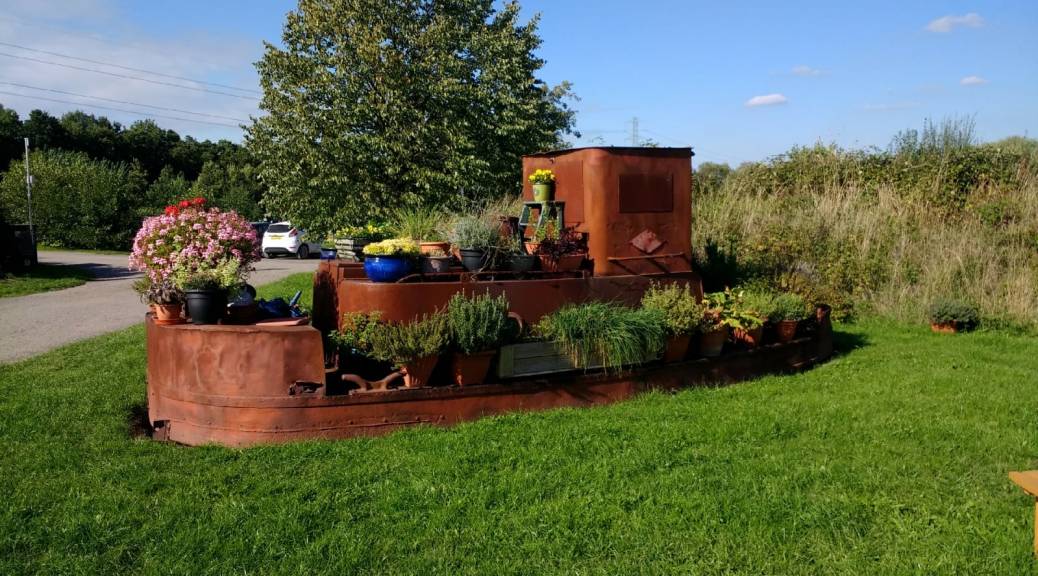 Back in June when we spent some time at Sawley Marina I was looking forward to using the electricity supply to heat our water but as soon as I connected the immersion heater, it tripped the electricity supply to ALL the nearby boats on the same supply pillar. Fortunately someone quickly reset it and I discovered that the immersion heater element was faulty. 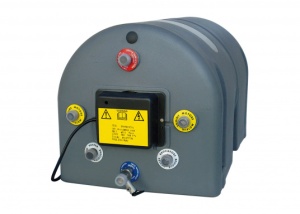 When we had our central heating system replaced back in December 2012, a new stainless steel ‘calorifier’ [hot water tank] had to be fitted to comply with the manufacturers requirements for preventing corrosion.

It came with am immersion heater element ready fitted but we have only used it a handful of times so I was disappointed that it had failed, not least because a replacement was £80!

The immersion element seems easily accessible under the black cover in the manufacturers picture BUT our one is mounted vertically with just 6 inches of clearance between the bottom of the tank and the floor. To gain access I had to remove the rear steps, the wardrobe and airing cupboard doors and the side of the airing cupboard.

To cut a long story short I cut a hole in the floor so I could drop the element out and found the the thermostat was set to the maximum of 85° C. No wonder the water was scalding when plugged into to the mains and it might explain the failure of the element.

We obtained a new element from Jannel Cruisers at Burton-on-Trent then had to buy a 55mm socket to remove it, but eventually the job was done and we now have a constant supply of hot water at 55° C. Luxury!

Part of our bedtime routine [it’s OK, no need to cover your eyes] is to listen to The Paul Miller Show on Radio Oxford via internet radio, but sometimes it does lose the signal from the router in the front room, so last week I decided to try and resolve it using an old ‘mini router’ I had in my ‘come-in-handy’ drawer. 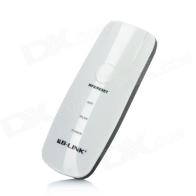 After spending quite some hours faffing about I got it to work, ran an ‘ethernet’ cable to the bedroom and started to install it there. All went well until I plugged in an USB adaptor to power it, when smoke issued from the adaptor and neither that or the router would work any more [quelle suprise].

Some research on  the ‘net suggested an old broadband router could be made to do the job, so being the old skinflint that I am we decided to look for one at a car boot sale.

We found a boot sale was on at Uttoxceter on Saturday and we located it in a corner of the racecourse, first impressions were that it was quite small and unlikely to yield anything useful.
How wrong I was, we found a lovely guy who not only had a router, but also an ‘extender’ which did exactly what I needed and also practically gave me two ip cameras to play with (they had been used as security cameras) charging me £4 for the lot.

The extender is now working fine and I’ve even hidden the cable in trunking, which Joy has promised to paint to match the woodwork. Why didn’t I buy brown? Because Screwfix don’t stock it and at Homebase it was seven times more expensive! 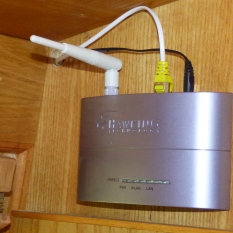 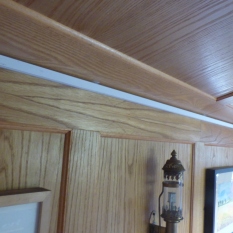 One of the cameras is set up so we can be nosey and look around outside via a phone app, even being able to control which direction it points.

We have had some visitors, Linda & Cookie, from our old mooring have been to see us (twice!) and our old friends Gill & Trevor from Gloucestershire, whom we have known since we were all newly-weds in our twenties, made the trek up the motorway to see us.

I’m pleased to report that Joy is much improved after a combination of rest, heat patches, Voltarol and massages with baby oil, she isn’t quite right and is frustrated by not being able to do all that she would like.

Tacking the rust spots on the roof is next on the agenda, but despite a work-bay being available in our marina, the use of angle grinders and powered wire-brushes is banned so we will have to take the boat out on the cut where we won’t annoy anyone, to do that work.