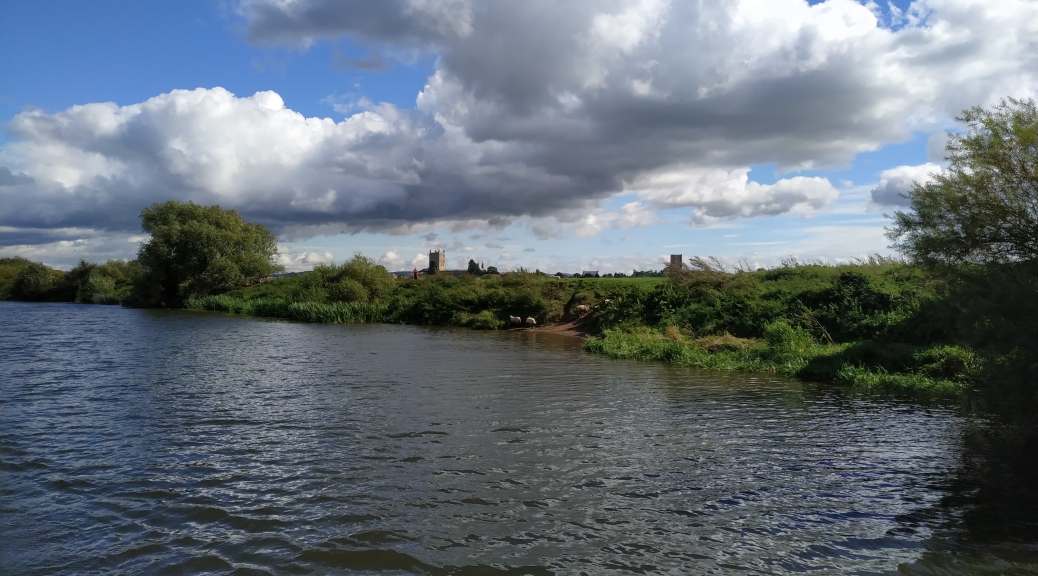 After filling our water tank this morning (and drenching Joy in the process as the extension was not on the hose-reel… Oops!) We phoned Gloucester Lock and were told we could head straight over as it was ready except for opening the gates.

The locky warned us another narrowboat was coming down the Eastern channel but that was no problem. We made slow progress to start with but once we reached The Upper Parting the river became wider and the flow was not as noticeable  and the engine found a ‘happy spot’ at 1700 rpm travelling at around 3.6 mph.

The river was very quiet, meeting only six boats all day, as I’ve probably said before, it’s a rather boring journey with high tree lined banks with only occasional glimpses of countryside.

We reached Upper Lode Lock by 2:30pm. We were a bit mystified that the gates were open ready for us as we rounded the bend of the lock cut so asked the Locky if he had CCTV, he said no,  there was just a gap in the bushes he could see through!

We considered stopping at Tewkesbury but since it was still early we opted to carry on to Upton upon Severn.

Here’s one for you!

What’s this behind us? 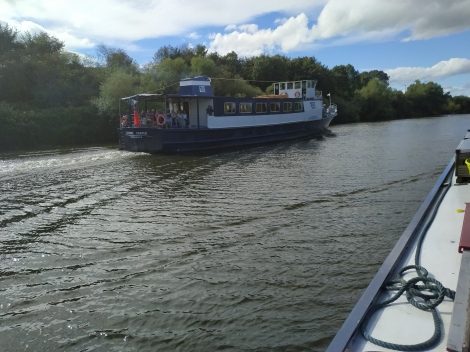 I was just taking some snaps of some desirable riverside residences when I saw a vessel gaining on us, it was the Conway Castle and so I pulled over to let it pass, no use arguing with them when the’re this big.

The MV Conway Castle is the largest passenger vessel on the River Severn, licensed for up to 195 passengers with 2 exterior and 2 interior decks, the lower of which being a comfortable and characteristic lounge bar

Before long there were even bigger vessels in view, but these were just gravel barges being unloaded.

We passed under Upton Bridge and found a gap just big enough for us on  the pontoon moorings.